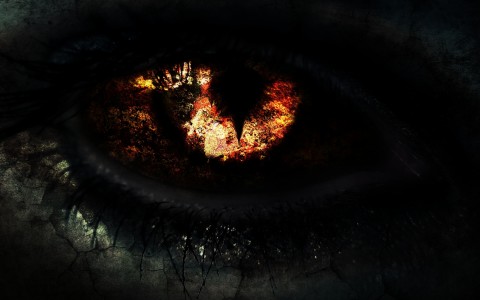 The X Factor, some believe it is something that cannot be taught. Something within an athlete or fighter (there is a difference) that makes him or her stand out from the rest. It’s an energy they bring into the gym, into the arena.

It’s about getting started as you see others ready to quit, but in addition to this, it is having an edge over an opponent before the fight even happens. Shining with pure onfidence, sending a message that you will not be stopped.

I have seen fighters break before stepping into the ring, before getting into the locker room. . .  even breaking the same day their match up was announced. . . becoming so concerned with their opponent’s resume that they lose their focus and winning mindset.
Fortunately, the fact of the matter is that this mental edge can be acquired- through training, and strategically using the concepts listed below. Read on to gain the mental edge required to showcase your true potential.

Challenge is a word used when you encounter something that tests you to the point it is somewhat uncomfortable; an obstacle, whether it be in the form of discomfort, pain, frustration or fatigue. How can you know what your limit is, if you are constantly playing it safe, staying within your comfort zone? Training is meant to be uncomfortable, it forces you to grow.

So can you apply this concept? Seek challenges. Literally everywhere. It may even be public speaking, try voicing your opinion more often in front of large groups. It may be the clinch game, you avoid it because it makes you uncomfortable. None of us like having a sore neck, but guess what? If you constantly grind through it, it will not only fortify your clinch technique, it will also shape you into a tougher and more confident fighter.

You will notice yourself giving this same advice to others who limit themselves by avoiding challenges. I’m saying this because it was me, I’ve been there. I am glad  I had others who forced me to do things I didn’t want to, because now I can see my true potential, what I am really capable of. Push these limits, when you are done and your body literally cannot move. Let out a yell, create energy that seems not to exist. It might mean the difference between becoming champion and turning your back the next time you face adversity.

This can become addicting, and many avoid practicing confidence in an attempt to stay humble. As most of us know, there is a difference between confidence and cockiness. Practicing confidence is an umbrella of positive things you can do to increase your likelihood of having the mental edge in a fight.

Something as simple as taking a deep breath of frustration within a fight could mean a loss. I can attest to this with firsthand experience. I have been in fights where it seemed like everything I hit my opponent with wasn’t affecting him, although I may have been winning on the judges scorecards, it was self defeating seeing my opponent shrug off every hard shot. However, after two rounds of this, I kept my poker face on as his broke. A simple deep breath, lift of the eyebrows, and slight relaxation in his guard signaled weakness.

“Nobody can make you feel inferior without your consent”           -Eleanor Roosevelt

At this point he gave up, the tides turned, it was when his confidence left him, he stopped believing in himself, and frustration set in. I would have never been able to tell, if he didn’t show it. Maybe I would have won regardless, but it gave me the confidence to get the knockout after what seemed like two rounds of ineffective striking.

Practicing confidence is feeling frustrated and weak, but reminding yourself you are meant to do this. To accomplish the task at hand. Confidence is standing tall around the people who find you weak, never letting their body language or words affect the view you have of yourself. Confidence is saying lets go when everyone else is saying the road is blocked. Confidence in its simplest form is believing in yourself.

As a bonus, confidence increases the chance you will take someone home on the weekend by 78% according to a study I made up for this article.

Spending time with yourself forces you to deal with problems, the things you don’t want to think about. You can be a shredded athlete and aesthetically look imposing, but if you have demons that affect your mind and focus, it will bite you in the ass.

Now how does this directly connect with training? I may be wrong, but most of us shadowbox, do bagwork, and have other methods of training that don’t put us at risk if we lose focus. Sparring is a different animal. When you spar, you are not thinking about your problems at home, you have someone attempting to physically hurt you.

Shadowboxing, bagwork etc. are all requirements and important aspects of training, your focus has to be at 110% for you to work on the drills you learned last week. To execute perfect technique in repetition. To create a better athlete and fighter. Meditation and being with just yourself forces you to deal with the internal, emotional turmoil that normally would distract you from the present. It creates resilience to stress and distraction.

In other words, deal with your shit so it doesn’t limit your performance.

This one is very similar to challenge, however, it does not have to be about seeking an obstacle. Rather, it is just a change of stimulus. A change of environment, training partner or the method of training.
I have felt myself lose the mental edge when training here in the states when constantly attempting to find a more efficient way. I was going by the book, after excessive fatigue and small injuries I decided to take a more scientific approach. Avoiding overtraining, not lifting to failure to avoid soreness, leaving some in the tank to perform better in the next session.

The benefit I gained from this type of training was that my recovery was going well, my body felt great, I was making gains in performance, and sharpening my technique. The downfall was that I stayed in this period for far too long, and the stimulus became dull, whenever I felt tired or sore I began to slow down to “avoid over-training”. It was definitely losing “it”.

Knowing I am a mentally resilient person led me to believe it is something to be trained. What better way of switching it up then flying to Thailand to train and fight again? My assumptions were not wrong, after my body failed on me during a few training sessions my mental edge was back. I no longer feared injury, over-training, and pushing beyond my limits. A change in stimulus is proven to increase focus, there are new patterns for your brain to wire together, so it requires your attention. Try a different gym, train with a partner you have never talked to before, periodize your training.

The mental edge is an advantage over your opponent that cannot be physically seen to an extent. It could be in the form of toughness, training, confidence, or body language. Many people will tell you they cannot do something, I can’t clinch, I am not a fighter. What they really mean is- “I am not comfortable doing x, y, or z”, and that’s okay! Because it can be trained. It can be lost, but it can also be regained. Don’t limit yourself, don’t let others limit themselves. Strengthen your body. Strengthen your mind.

Paul Banasiak is a Muay Thai fighter/addict,
3x champion, trainer, and fitness professional. After leaving medical school without looking back he decided to fully follow his passion of helping others become the best version of themselves, creating MuayThaiAthlete.com. A website for those who are already passionate individuals who want to take their life&training to the next level.

Fight of the Week – Sangmanee vs Awos Mansoor