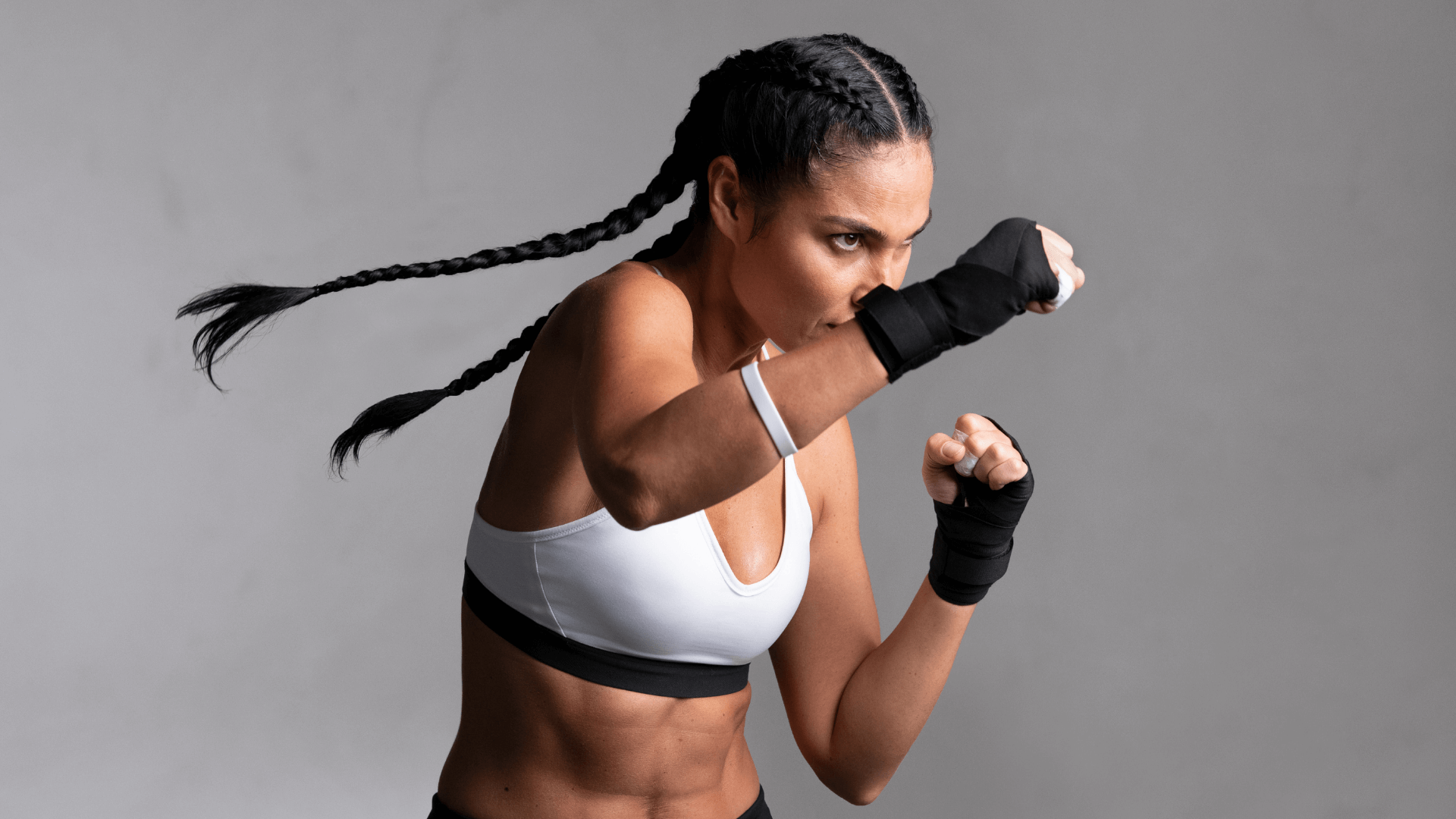 Being a Female Fighter: The Good & The Bad

Too many times have I been asked the same question,

“What is it like to be a female fighter?”

To me, being a female in Muay Thai is one of the most humbling and rewarding experiences that life has given me the opportunity to do.

Perhaps this experience is unique to me, and some will not be able to relate, but that will only make my perspective on it more awakening. . .
in a way that motivates you to speak out about your own journey as a fighter.

Training with the Boys.

There are a great many days when I show up, wrap up, and warm up, like everyone else… except… I am unlike everyone else..
I am a female. My first day walking into a Muay Thai class I looked around and noticed one intimidating fact, I was the only female in a gym filled with testosterone.

Having mainly male training partners can be frustrating at times, but overall it is an enormous blessing in disguise.

At first, it may seem like you’re the fat kid getting picked last in dodgeball when everyone pairs up for technique or sparring. Once you find the guy who is willing to work with you, one of two things could happen:

1. He could “feel bad hitting a girl”, and essentially shadowbox your face for the whole round

2. He could feel a complex about getting hit by a female so he will throw bombs and lob kicks at your face.

Although, this will only last as long as you let it. Once you get your bearings and are sick of the madness, it’s time to hit back, hard, and earn the respect you deserve.

Earning my respect as someone that is serious about the sport was the best decision I ever made, because now these guys push me harder than anyone else. 90% of my sparring partners are males who are much bigger than me, with that said, I feel as if I have gained a huge advantage from it. I have conditioned myself to be more aggressive in order to keep up with them. They hit, kick, knee, and sweep harder than most girls my size.

Taking punishment from them makes my fights easy.

So you’ve poured your heart, soul, blood, sweat, and tears into training, you now feel ready to get in the ring. It’s officially time to begin weight cutting hell.

For some females the weight cut is similar to that of our male team mates: clean up the diet, do some extra cardio, cut last minute water with a sauna, and BOOM it’s done.

But.. for others it can be much

trickier than that. Simply said, women carry more body fat and retain more water than men. Let’s not forget the unfortunate possibility that your fight falls within your time of the month... If that’s the case, it becomes that much harder to drop water weight that your body is desperately hoarding.

It takes trial and error to find what works best for you and your body. Keep that in mind. In the end it truly boils down to mental toughness and your discipline, male or female.

When it comes to stepping in the ring, I feel that each individual experiences things differently. . . regardless of whether you are a man or a woman. With that being said, I do feel that being a female fighter comes with its own set of unique variants.

You’ve made it through training and you’ve survived the weight cut, now it’s time for the fun part… the fight.

Throw on your favorite Muay Thai shorts and a matching sports bra, get your hair put in cornrows (the only way to wear your hair for a fight if you don’t want it to become a complete mess, trust me) and you are ready to go! The walk out to the ring makes one thing very clear. .

If you’re like me, and have spent endless hours training and sparring guys, then you are soon to realize that fighting other women is a whole different beast. Imagine what it would be like to fight the most aggressive and adrenaline ridden version of yourself, pretty crazy right? Women in the majority of amateur rankings just bang out. Yes there’s technique and skill involved, but more often than not there’s no feeling out process which you see with many male fights. Women get in there, dig deep, and just kill it!
(With what seems like unlimited conditioning)

For better or for worse, being a female in Muay Thai draws a lot of attention to you. Between social media and a tight knit community you are bound to be known by someone, somewhere. I am still a baby in the world of Muay Thai but, over the past few years, the sport has given me a ton of exposure and opportunity.

How you choose to handle your faux fame is up to you. Will you want to be a mentor for other women looking to get into Muay Thai, climb the social network ladder to promote yourself and gain exposure for the sport you love, or will you decide let opportunity go to waste and remain in your own little world? I’m not saying there is a right or wrong thing to do here, but clearly some options sound better than others.

Let me not forget to mention the influx of messages that sound something like this:

Random Guy: Oh youre a fighter? Thats so awesome! I used to UFC a while back.

The most comical aspect of being a female in Muay Thai is all the crazy misconceptions people will have of you. Prior to fighting your family and friends would describe you using feminine and endearing terms such as. . .

Once you’ve begun to train and fight, suddenly you can only be described as. . .

One aggravating phrase you are sure to hear all too often is, “Why are you fighting? You’re too pretty to fight, you will mess up your face!!” To the majority of the world, being a female means you’re too dainty and pretty to step in the ring and handle your business, well it’s your time to show them that they couldn’t be more wrong!

You might also become your friends’ unofficial bodyguard, that’s an unspoken agreement of sorts. Everyone will assume that because you know how to fight, that you will want to fight in the streets, it is actually quite the opposite.

Just remember to never forget who you are. Screw what everyone has to say!

As if dating isn’t hard enough for some women, now you’re an intimidating woman on top of it. Unless you are lucky enough to find a man who has the same dedication and love for fighting as you do, your dating life may or may not exist.

The hours you put into training, on top of the hours you spend working, leaves very little time for romance. If you are lucky enough to find a spare moment, dating could still prove to be a struggle. . .

Between the awkward attempts at explaining that you’re not “Ronda Rousey”. . .

. . . and the failed attempts at flirtatious shadowboxing, you could possibly be better off falling deeper in love with Muay Thai.

Perhaps,  you’re just one lucky dog and happen to find a man who has a beautiful love of Muay Thai too.

All in all, being a female fighter is a beautiful experience. It humbles you as a person and makes you stronger as a woman. You learn when to roll with the punches (pun most definitely intended), and when to stand your ground. When in doubt…

Sam Abrams is a Muay Thai fighter, a Muay Thai fan, and waitress when she is not kicking people in the face. After working in the fitness industry for the majority of her adult life, she has taken her athleticism into the ring and cage, as well as traveling and training in Thailand.

Today we begin forging our bodies and

Fight of the Week 13 – Tyrone Spong vs Melvin Manhoef