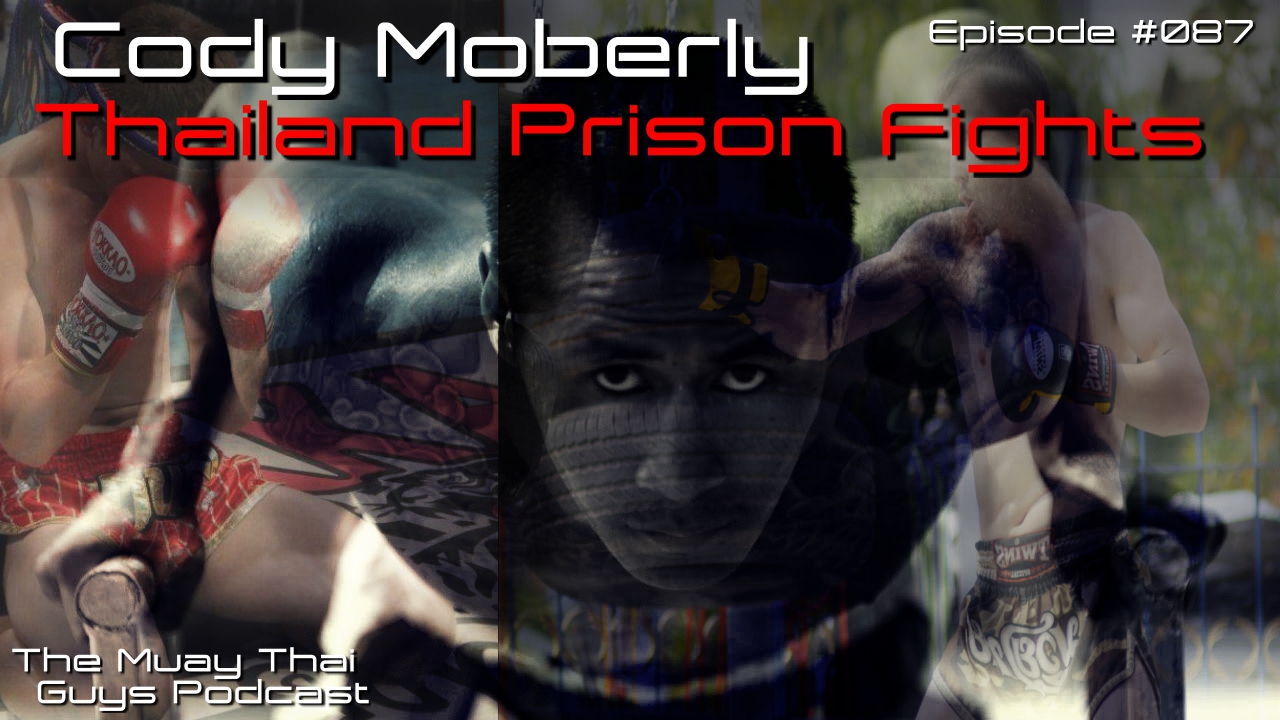 Prison Fights, Years of Living in Thailand as a Nak Muay & Re-Acclimating back to the “Real World” with Cody Moberly

A select number of Thailand’s prisons hold a program by the name of “prison fights”. It is a program that takes previously trained individuals through a life-altering routine over the course of several months or even years. The focus is to rehabilitate the inmates and to give them an opportunity to win back their freedom. If the inmate completes the program, shows continuous success in the ring, and displays good behavior, he faces an opportunity to receive a royal pardon.

Imagine being locked away behind bars, knowing that you have a new born son that you will never have the chance to see grow up?

How would you train. . . how would you fight. . . knowing that you may have the opportunity to redeem yourself and to hold him in your arms?

At the other corner of the ring, opposite to the inmate [Noy] stands a foreign fighter; his perspective is much different. In his perspective, this fight embodies justice. Noy was given his sentence by trial after murdering another young man.

The foreign fighter to face him was none other than American, Cody Moberly; our guest on this week’s podcast. Please listen in to this his unreal story and leave your thoughts in the comments below.

What you can expect discussed in the podcast episode:

Make sure to tune in LIVE to be featured across all of our channels, to interact with other passionate Nak Muay, and to simply help us all come together as a community!

Subscribe to our E-Mail list on top of the page to be the first to hear about the exact times that we are going LIVE!

Free giveaways, features of comments and our listeners / the topics discussed will happen on all of our social media channels including articles, Twitter, Instagram, Facebook and more.

Limitless Mindset Monday – #1 Look at Thy Self