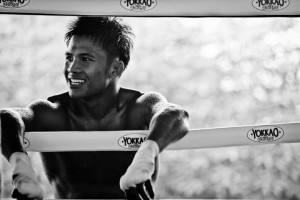 After this weekend’s Mayweather vs. Pacquiao fight I have never been so motivated to watch Muay Thai again. Lion Fight 22 is coming up on May 22nd, Glory is coming up this weekend May 8th, and I couldn’t be any more proud and blessed to be a part of Muay Thai as it grows in the US.

With that said this week’s fight of the week happened just the other day! The world renowned Buakaw Banchamek, known for dominating his opponents with ease got himself in a number of dangerous exchanges against one of his toughest opponents yet. You will see the very opposite of Mayweather vs Pacquiao in this week’s fight of the week.  Despite both men knowing how dangerous their opponent is, they leave it all out in the ring till the last bell. Who did you have winning?

Brought to you by Fight Videos

Fight of the Week 3 – Mike Zambidis vs El Hadj

How Hiking Can Kill Anxiety, Depression, and Build Resilience