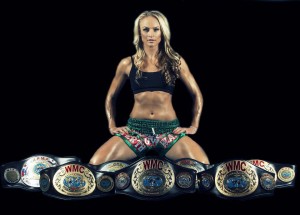 This week’s fight of the week is from the underestimated world of female Muay Thai. Caley Reece has become a popular name in the sport as Lion Fights signed her before her retirement. However, many have missed the amazing battles she put on display while climbing up the ranks as arguably  the most dominant woman champion of the current era (20 Wins 0 Losses Professional 30 Wins 5 Losses Amateur). Her mix of traditional Muay Thai and powerful Dutch style combinations makes her one of the most entertaining fighters out there,

In this week’s fight of the week Caley faces off against Muay Thai prospect Tiffany Van Soest. Both women came into this fight undefeated and as world champions. Watch, learn, and study the beautiful display of movement each fighter puts on display.

Fight of the Week 17 – Josh Jauncey vs Giorgio Petrosyan

Obstacles or Excuses? How to make it to the gym EVERYDAY | TMTG #108