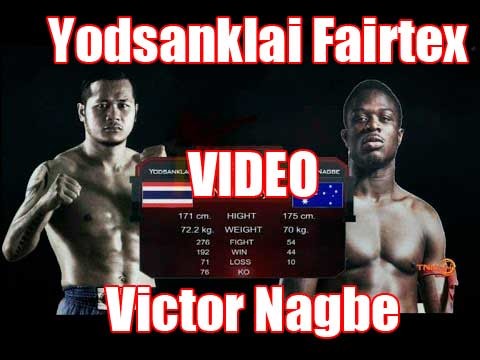 This week’s Fight of the Week is a special one. Yodsanklai Fairtex faced off Victor Nagbe, but it wasn’t the fight you usually see from Yod where he pins his opponents arm to his body with his rear kick for the duration of the fight.

Victor Nagbe came out very strong with his boxing, being able to stay out of the way of the Fairtex legend’s elbows, however, later in the round he got split open as Yod found his range. This only added fuel to Nagbe’s flame. The rest of the fight was a complete war showcasing beautiful angles, boxing, use of elbows and aggression from both fighters.

What was your opinion of the fight? Who do you think won? Fairtex or Nagbe? Share on facebook and tag Muay Thai Athlete to join the discussion!

3 Shortcuts to Becoming a Champion | The Limitless Project

The Three Most Inspirational Podcasts in Muay Thai – TMTG Podcast