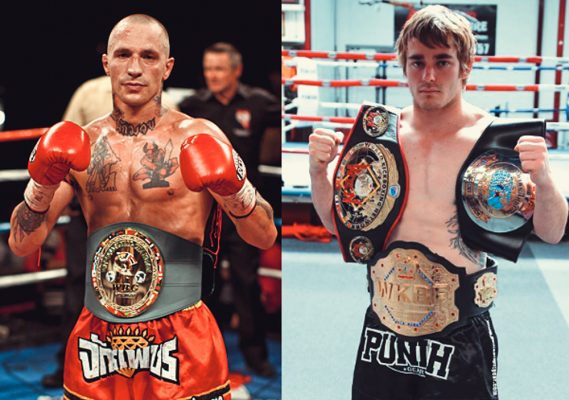 Our definition of success within the sport of Muay Thai isn’t based on a column that displays the wins and losses a fighter has succumb to, success in Muay Thai is defined by the impact the fighter’s career has had on the community, on the quality of challengers faced and the works performed inside & outside of the four corners – the full story of their career.

Kevin recently recollected on one of the highlights of his career – the words that his coach Kirian Fitzgibbons wrote following his fight against Michael “Tomohawk” Thompson [video displayed below] for the Lion Fight Super Lightweight Title,

I have watched this exact moment before all his fights, but last night on the 4th of July (our countries Independence Day) before his World Title Fight with Tomahawk there was something VERY special about this moment.

What most don’t know is 2 weeks before this fight, Kevin dislocated his ribs in training and suffered from a horrible intercostal tear, so bad the entire left side of his rib cage was deformed..he couldn’t move let alone train for days. I told him if his ribs were broken (which I thought they were), I would have to pull him out of the fight.

Over the last two weeks I have watched him do what he always does, push through and do things that the normal fighter just don’t have the drive to do…up until this very moment I was extremely nervous about this fight and his ribs, how they would hold up how he would move because he hadn’t been able to spar or really train at capacity…in this moment in the glow of the shadows…it all went away.
He told me yesterday not to worry he was ready…and boy was he right.

Last night in my opinion he had the absolute best performance of his career against one of the best fighters in the world.

Kevin Ross IS an American Hero in EVERY sense of the word!!! Thank you to every one that helped patch Kevin for this fight Jacon at ESPT, Monte at Kinetic Sports, DR. Dan and Deanne, words can’t express my gratitude for your help.”

World Championships in Spain – Part One

The Sound of a Facial Fracture – Thailand Muay Thai Stories