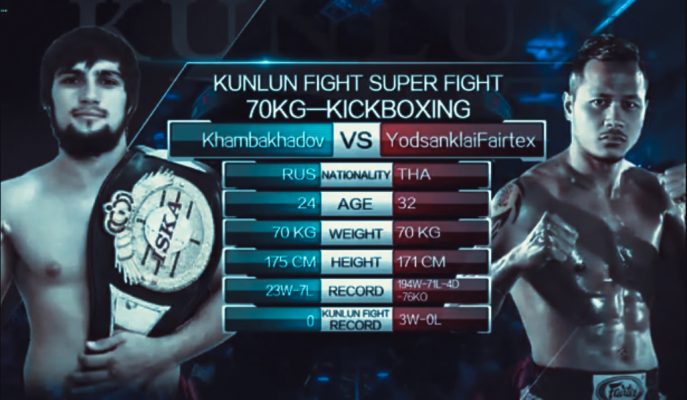 Yodsanklai arguably looks better then ever since coming back out of retirement. The Fairtex camp southpaw superstar was undefeated from 2011 before retiring with the WMC World Middleweight Championship belt, the WBC World Super Welterweight title, the King’s Cup Challenger title, the Lion’s Fight Middleweight title, the Contender Asia grand prize, and Multiple Lumpinee titles sitting on his mantle.

In 2018, “Yod” came out of retirement to face the well-known German Nak Muay, Enrique Kehl on Kunlun Super Fight. After shaking off the never apparent rust, he went on to face another killer southpaw, Sayfullah Khambakhadov of Russia. Yodsanklai looks like he is packing just as much power, but utilizing tight, efficient technique, including an extremely sharp jab that stunned Sayfullah.

The first knockdown of the fight is one you do not want to miss: