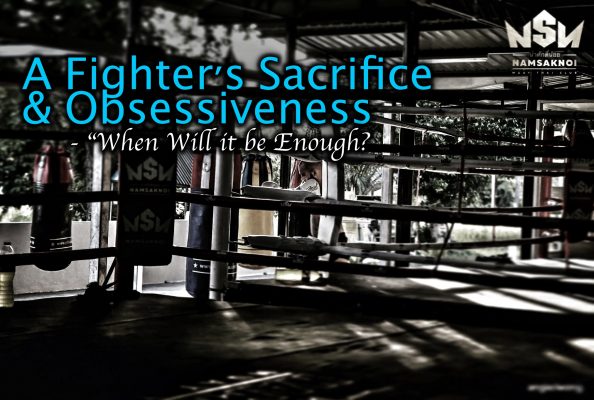 A question that has fumbled through my head many of times throughout what I can call my career [now].

It’s a cycle. You feel inadequate. You take action to create change. You succeed. The first time you celebrate, perhaps the second time around you take it all in as well, but once it becomes a ritual, it consumes you. Not many continue the repetition of success or failure as the prerequisites for continued motivation begin to shift.

Something attracts you to this, a romantic vision of how it will feel, the highlights that you aim to become a part of, the dreams of living out a passion, but once experienced, the romanticized excitement is gone & you are once again left with “what’s next?”. Once again, this is where the work ethic of most begins to crumble, to some it happens early on, to some it happens when they reach their first major win or title, and to some, once they take the number one spot in the world.

I see it. I see it everywhere from the amateurs, all the way up to the world champions that we all envy. And as long as I see this common pitfall within the human psyche, a chip in their armor, I become obsessive about taking their spot. I know that there are others as passionate as me, just as intrinsically motivated as I, and that is who I prepare myself to face, but even those who forge themselves on a strong, passionate, foundation – have their downfalls.

I saw this as a simple math equation when I first began. For every limit a person may have, I am willing to cut that same limit out of my life.

If I put in more time than you, I will get ahead.

If you are only willing to sacrifice time with your friends, but not your family, relationships and more, I will sacrifice them all to get ahead.

You want opportunity, but you are only willing to invest into the training, I am willing to say things that I might eat later, I am willing to put myself out there to be critiqued & ridiculed, and therefore I become more resilient.

If you aren’t willing to sell a single thing to get yourself to the next level, I will give up everything I have earned over the years to start over as a new person.

Each decision has repercussions, each one automatically invests you deeper into a process almost impossible to cut clean – something I had been aware of when making these choices, creating instances in which I had no way out. . . but to adapt.

My first year as a professional has been shaped by my time as an amateur. I was ridiculed for not moving into the professional rankings after taking a number of consecutive wins. An opinion which I share with those who ask;

“Muay Thai is a cut throat sport. You aren’t built up the way you would be in Professional MMA and Boxing. Undefeated fighters seldom hold this title for this reason. A situation clearly present in the West goes as follows. . . as there is very little room for those in the middle, you are thrown in with the wolves and tested whether you can take a bite and give one back, all against the best in the world.

I said this word for word in the past; once you gain a few victories, you are 4-0 or 5-0, they begin to toss you in the mix with the best in the world, those who have been doing this much longer than you have, that have 10x the experience or more. You can’t just be ready to fight the guys who went pro for status, for the little to no money that it brings, or for the sake of calling themselves a professional fighter.

You have to be honest and ask yourself, in a years time of turning pro. . . can I compete with the best?

Exactly one year later, I stand at 5-0, fighting for the coveted Cruiserweight Lion Fight title against the undefeated prospect Chip Pollard shortly after facing a WBC Champion, the Champion of Peru, and a Czech Assassin.”

I am solving the math equation written at the beginning of this piece, eliminating all limits, and feeding all that propels me closer towards the answer I seek. . .

“When Will it be Enough?”

The wants, the cravings, the needs that I don’t indulge in still remain. I fight them on a regular basis, but to “feel. . .” to “allow myself. . .” to be at that point, will take something that supersedes the unconditional love I have for this, a feeling strong enough to keep me climbing out of the bunk within the gym after sweating out fevers during sleepless nights, that kept me loyal and committed to the daily 6-7 hours of getting broken down, that brought me across the world for close to a year and away from everyone I held dear to me. This is only the beginning, I have only strapped myself ready to learn about what it takes to become the best.

How to Develop an Instinctual Jab [Quick Tips]