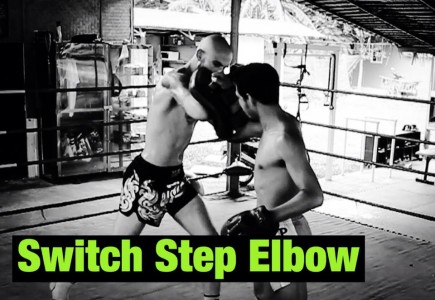 Elbows are brutal, they score highly in Muay Thai, and can end a fight by knockout or through opening a deep cut. With that said, landing an elbow against an experienced opponent with a high guard can prove to be difficult. I have seen this technique used by a small number of fighters and believed it to be underutilized.

After successfully using the switch step elbow it in the gym and ring, I decided to put together this tutorial with former Rajadamnern champion Kru Choek for you to use yourself. Enjoy and read the notes below!