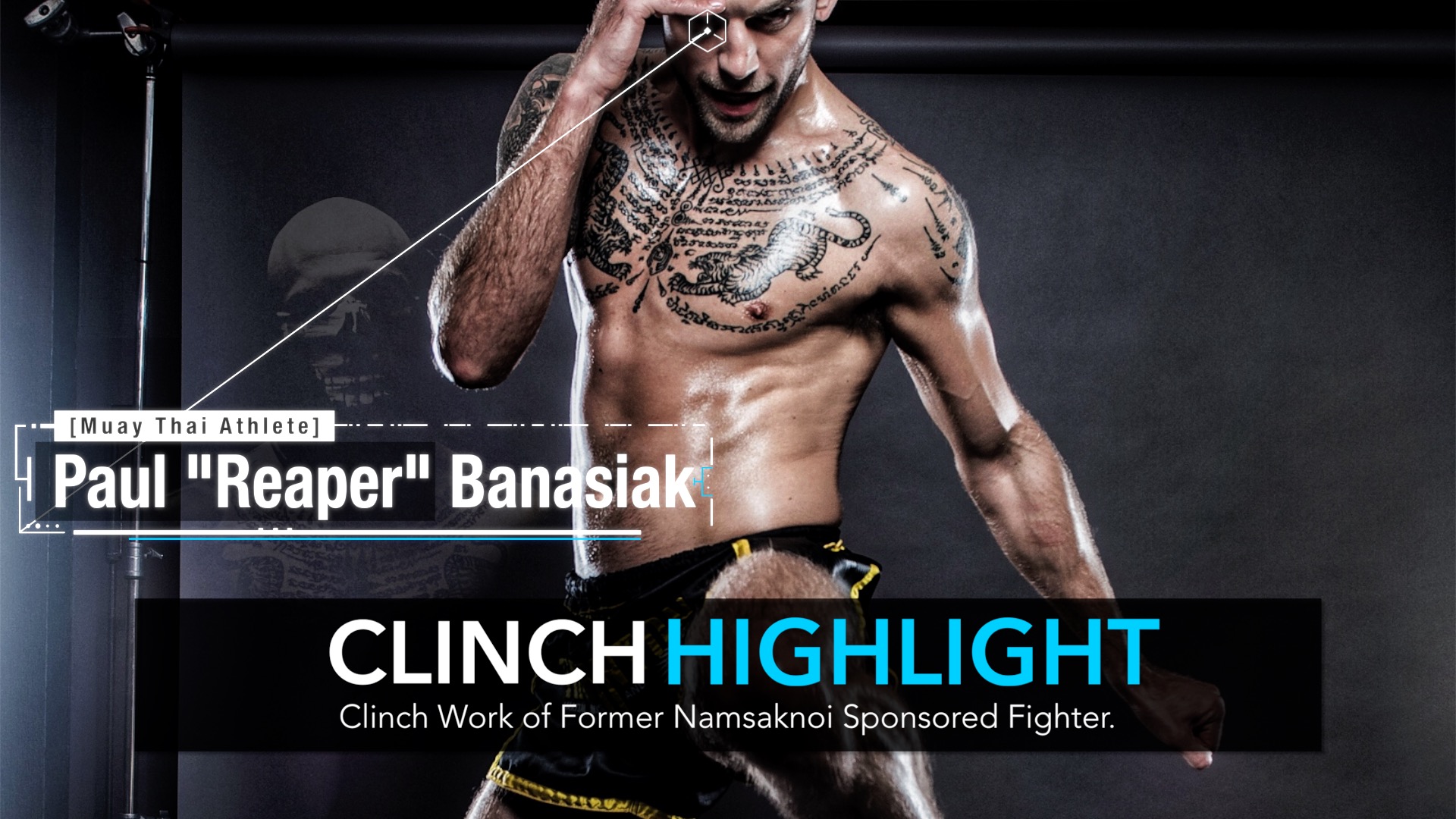 As I transitioned into my professional career, the clinch became a resurfaced focus of mine; it was one of the few things that felt natural to me when I first began training in Thai Boxing. Unfortunately,  the level of skill and length of time spent practicing the clinch in the West is mediocre in respect to its Thailand counterpart.

Perhaps it is the fact that Western fighters tend to focus on utilizing their explosive power and athleticism, much of which is mitigated in the clinch. Perhaps there is a changing of the tide as more Western fighters are becoming increasingly proficient in the clinch, some students may just be receiving the short end of the stick, lacking proper instruction in the camps which are located in less populated areas.

When I set out on my journey to live in Thailand, I didn’t want to learn what I was so deeply focused on from just any Thai camp and instructor. I aimed to learn tricks that most Westerners wouldn’t be able to follow. Skipping the details of a relentless journey of loss and isolation, I became the first white fighter sponsored under the Namsaknoi banner, having the grace of learning from the Emperor himself on a daily basis. Namsaknoi – 285 W 15 L, 3x Lumpinee Champion with a 6 – Year Reign of the Stadium that gifted him his name of The Emperor. Namsaknoi’s slick, transitionary style in the clinch overcame, and broke down, the well-known legend Saenchai’s tricky and agile style.

Much of my knowledge and retention has come from my hours spent daily in the clinch at the Namsaknoi camp. My aim is to display the beauty of clinch fighting outside of the kingdom and to properly adapt it into the intensity of the Western style of fighting. This is a self study, as the years go on, I hope to add to this highlight – seeing its evolution in correlation with higher level competition.

You can check out some of the daily drills that I utilize on the heavy bag to supplement my clinch training whenever I am state side. Daily practice increases your efficiency, a small increase in skill is a dramatic enhancement to a game that some aren’t willing to play at all.

Check Out The Drills Here
Stream it for free or download to your computer / phone to study as you go.

I am also proud to announce my continued partnership with Nak Muay Nation. I have a number of invaluable private lesson breakdowns with Champion trainers, fight breakdowns against world champions, including deep analysis / audio voiceover / technical breakdown of a number of the fights you witnessed in the highlight video above – encompassing you in the mental battle of the fight and inside of my brain. I will be providing exclusive tutorials that will be released on a monthly basis on Nak Muay Nation.

We are having a year-end 25% promotional discount. Join the Nation before the reveal of its huge projects and price increase – coming in 2018.

Discount if you choose to continue, and you can cancel anytime: 14-Day Free Trial + Discount

How to Spear Knee Taught by Two Thai Legend Trainers