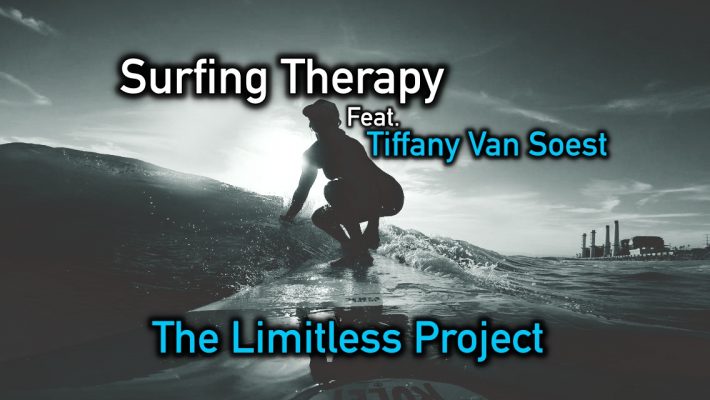 When you hear the word “therapy” or “meditation” what comes to mind?

[Meditation] Do you picture yourself in the lotus position?

[Therapy – Mind] A shadow of a person that you talk to, to strengthen the wounded mind?

To Tiffany Van Soest, a Glory Kickboxing World Champion, meditation lies in action rather than inaction, salt water is her body’s therapy, and the shadows are built by nature – the image of the ocean is immediately painted in her mind.

Tiffany begin to surf on a boogie board from an early age, a California girl at heart, she has been living and training in Bali, Indonesia for quite some time now – all between her trips back home as she prepares for her next bout on Invicta FC.

Her “salt water therapy” humbles her just as often as the training required to step in the ring or into the cage. Something that pushes you, that is a force much bigger than yourself, that is what helps you grow, that is true therapy for the body and soul:

Filmed and Edited by: Paul Banasiak of MuayThaiAthlete

“Chasing a passion” is a commonly used and romantic phrase, but often times the obstacles that erode during this journey of dream chasing kill the dreams of many hopeless romantics.

The Limitless Mindset and The Limitless Lifestyle is a short form article & video series created to cover these obstacles, the steps in obtaining resilience to withstand them, the mindset of champions to break them, to gain new philosophical perspectives, and to ultimately uncover the stories of those in the progress of chasing “A Limitless Life” – the renegades to our society’s blueprint – those with layers that I seek to peel & uncover.

Tiffany Van Soest, is a female figure, a Glory Kickboxing and former Lion Fight Champion, a woman with no limits who is now living on the breathtaking island of Bali, Indonesia. Setting out on a journey to become the best female athlete in the world of combat [that once deemed to be a man’s sport] all comes with its set of rewards and difficulties.

I sat down with Tiffany to cover a range of topics, from creating a limitless lifestyle, overcoming failure, balancing family life – all the way back to her visions of the future, of what her ultimate mission is as her name and brand continues to grow.