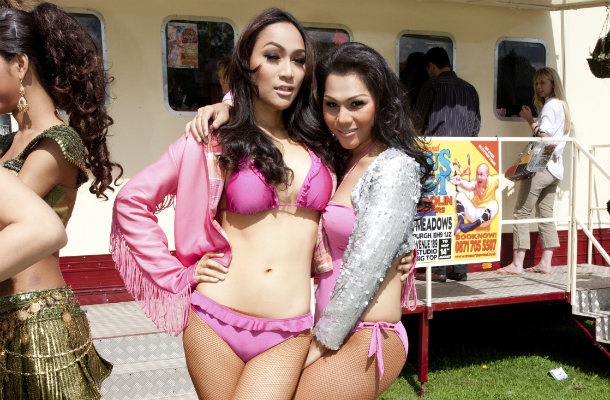 Thailand, the Beautiful Land of Smiles.

Exotic. A place where you can eat a fresh meal for as little as 1$, rent a beachfront apartment for 200-350$ a month, and get the best Muay Thai Training in the world.

When coming here for yet another month, my goal was to observe, to learn about how things are run, to gain a deeper understanding, among training my ass off of course. The cheap cost of services, travel, and even living in Thailand is made possible through a network. It comes with its shares of scams, being haggled, and promised things that sound too good to be true. Most of us already know and expect these things, but rarely do we dive any deeper then making a comment about it being an annoyance.

It is not as simple as them trying to earn a living. Cheap Cheap, comes with a price.

It all comes from the survivalist perspective that many Thai families are facing. Think about the, “you get what you pay for” principal, somehow it becomes exempt here. It is a reality that coming here with a load of money will have you living and feeling like a king. So where down the line does this affect you, or the people you are purchasing from?

6,000 Baht for a month on a beachfront property? The family’s children are most likely working long hours cleaning and running maintenance on the property in return for a shared room and food. While the parents run a scooter renting, massage, and restaurant business all in one.

40 Baht (1.25$) for a tour around Bangkok in a Tuk-Tuk!? That’s the special deal everyone gets, so “how” can you make it worth their time? You will have to stop at a number of “fasion” stores, you will be told you don’t have to buy anything, but will feel cornered to spend a minimal amount of 200-500 Baht on a belt or tie. Cheaper travel by bus? You might make 10 stops, be forced to sit at a restaurant hours on end naturally having to buy food and snacks.

Being aware that most of these services provided to tourists, for what seems like at-cost pricing, are run by mafia. The Tuk-Tuk driver isn’t just being a good friend by bringing you to a travel agency he recommends, which also recommends a scooter rental, hotel rental, and restaurant on the way to your destination hundreds of miles away. It is all a web network, not private businesses that offer great pricing. The big guys make 90% of the profits as the ones at the bottom of the web, the Tuk-Tuk drivers, the massage girls, and even the beggars with tranquilized infants in their arms are working 12 hour days. (If the business is privately owned, it is not uncommon to see a worker being compensated 5,000-7,000 THB per month or less based on a 70 hour work week, that’s about 50-75 cents per hour!)

This creates a survivalist approach to living, you are collecting scraps all day long. So to earn any functionality in life, you must grind every minute of everyday. You put on a smile and haggle every person you can, sometimes you despise it, but your family is depending on you to put food on the table. With this in mind you will do anything to survive. For your family to survive. Scam, create an illusion, sell for less and less and less each time.

I will summarize two different examples of this in the works. Although there are dozens if not hundreds of ways money is laundered here or made from scamming, these are two common things you will likely stumble across when visiting Thailand as a foreigner….

So I knew I wanted to walk and explore the temples around Bangkok, I wanted to put together a nice album of shots throughout the day to show my family I actually sight see instead of confining myself within the training camp, beach, and hotel. I talked to a Tuk Tuk driver to take me around some of the local spots near Khao San Rd. He told me for 40 THB (1.25$) he would take me around three popular temples. Sounds like a deal right? I already bet on spending a bit more for donations at the temples etc.

After the first stop at the giant Buddha and temple, he told me he takes me to a “fasion” store, I nicely informed him that I am not buying anything. He replied with, “no worry, no need buy just look and I get coupon”.

The way this works is that the driver has a connection with the Indian owned shops that sell fake Armani suits, belts, etc. He gets his Tuk-Tuk filled with gas for every lead, and gets comission on any sales generated. He uses a cheap price of travel as a lead generator to make the real money. He knows you will be essentially cornered once within the store, the only falang in the store with 7-8 sellers who offer you water, coffee, tea, and of course. . . a fake suit. These guys also work on a commission basis and will lower the price for you every time you say no, like you are buying a timeshare.

So buying a fake Armani belt was fine with me, I knew I needed a new leather belt. The price was actually cheap and it was a way to quickly get out and move on with my day. Now, I have seen entire families in these shops being cornered, sometimes verbally attacked, “I saw you at the last shop, not buying anything just taking advantage of cheap ride”, as a man you may stand up to the not so intimidating Indian man, but I can imagine the intimidation they bring surrounding women or younger travelers.

Throughout my last few days in Bangkok, I watched as numerous people were haggled into the same “deal”. I decided to take some very long hikes to see certain places I wanted to check off in Bangkok. I walked through neighborhoods where people looked at my 6’4 self as a freak of nature. Obviously not places tourists were spending their afternoons walking through. But even there, I asked a Thai who was picking up groceries at the local mart where I was on the map. He was extremely quick to start calling his friend with a Tuk-Tuk that had a special deal going on that day! Just for me!

The second example is with the travel companies.

You get out of your taxi and get asked where you are going, usually the best answer is a simple “no thank you”, or as I began to say “nowhere, just right here”. Taking a tuk-tuk to Rajadamnern stadium ended up with me and my coach at a “government” travel agency being haggled to buy tickets. This was followed by me getting out and saying, “take us to the stadium or we walk”. The driver saying, “IMPOSSIBLE stadium is very far”, which was his attempt of keeping us there. Fortunate for the invention of the map, we were able to walk 5 minutes around the corner to the stadium.

The “government” bus and boat agencies will tell you Lomprayah and private companies will steal your stuff to convince you into buying a ticket from them, at a cheaper price. Now, what makes up for the cheaper price? Well, a run down bus for one, unprofessional service, and stops at restaurants/shops to switch buses that could sometimes last hours. Eventually forcing you to eat.

All stops and workers are just parts of the chain, working for the main links up top. When coming from Phuket we were lied to about boat times to buy a ticket from one agency versus another. Spending an extra five hours waiting for the boat in total, and once again being dropped off at a restaurant during that time.

All part of the Thai experience!

Taking the good with the bad. This article is created to provide you with a deeper understanding, I may not know every in and out of the business, I just know that it becomes easy to increasingly grow a distaste for the those attempting to offer you something in a dishonest way.

Try to understand that it is survival. You would do the same for your family if you had no other choice. I give the workers at the bottom of the chain the benefit of the doubt that if things were well off, they would attempt to provide professional and honest service. It may never be a reality, so with that said, if you plan on visiting Thailand, I hope you can have a frustration-free trip and enjoy all the beaches, banana pancakes, and experiences it has to offer. Say no thanks to pretty much anyone approaching you, don’t let the ladyboys pickpocket you, smile, and carry on you falang!

How to Uppercut THROUGH the Guard | Boxing, Muay Thai & MMA Tutorial

Are You Ready for Your First Fight? – A Fighter’s Constant Rush